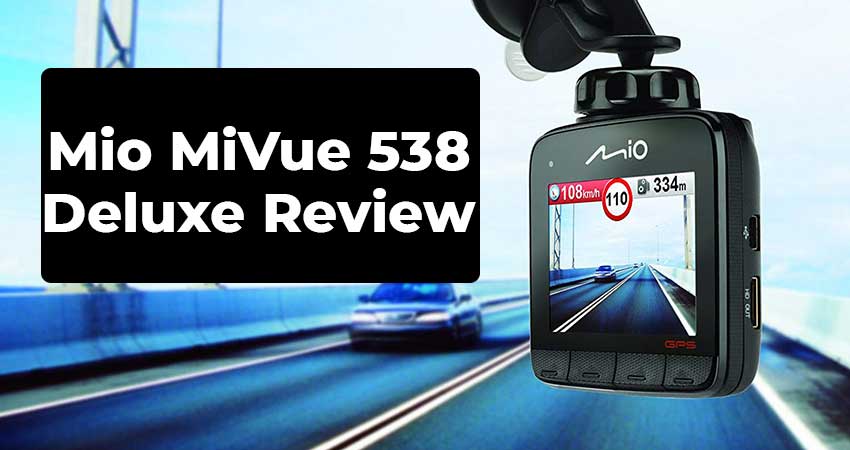 Real-time GPS Tracking: Live video is accompanied by data gathered from the GPS receiver, including direction of travel, speed (km/h or mph) and geographical coordinates of routes, and syncs to Google Maps during video playback.

Emergency Recording: Employing the 3-axis G-sensor, this mode immediately records sudden changes in motion, or severe impact. The degree of force and direction of impact are documented along with video footage. Files are saved automatically and protected from overwrite until further review. This feature is automated by default, but can be switched to manual activation.

MiVue™ Manager: Review and playback video with the user-friendly system. The interface catalogues files by type (video/photo) in a calendar for convenient access and retrieval. Video speed can be adjusted during playback, pinpointing critical moments for analysis at slower speeds. Watch video of routes traveled synched to Google Maps,™ or cut and splice videos together and upload them to YouTube™ and Facebook® to share with subscribers and friends. Advanced settings allow for directional analysis and real-time display of data recorded by the 3-axis G-sensor tool.

***credit to avmeo channel for this video***

***credit to avmeo channel for this video***

The MiVue 538 Deluxe from Mio is a notable low-mid range dash cam, delivering HD-quality video with attention to fine imaging details in a compact design. All-glass components and the wide F1.8 lens let in a considerable amount of light, guaranteeing visual clarity even during nighttime driving. Emergency Recording is a great safety mode, activating the 3-axis G-sensor to record details from sudden movement or impact as an over-write protected file for later review. However, Photo and Parking Mode disappoint due to poor performance of the internal battery, unless users intend on investing in alternative power sources. When reviewing files, MiVue™ Manager offers a user-friendly system that combines organized cataloguing of videos/photos, versatile playback options, as well as some fun add-ons to share footage on social networks.

The prime selling point of Mio’s 538 Deluxe is their innovative integration of the Safety Camera feature, alerting drivers to the presence of safety cameras with generous time to adjust their speeds. The system includes lifetime, unlimited updates when synching to Mio’s database.

Overall, with great reviews from the likes of Halfords UK, outstanding visual quality, accurate GPS tracking, an intuitive file managing system, and the bonus Safety Camera feature make the Mio MiVue 538 Deluxe a welcome upgrade to the 538 model and worth the added investment.

Mio stands behind their philosophy and adage Explore More. Founded in 2002, Mio has become an industry leader in mobile GPS technologies that empower users to do just that-Explore More. The company is committed to its mission of making travel freer and more accessible, while maintaining a globally responsible outlook in the design, manufacturing and distribution of their products. Mio is consciously aware of their global footprint and actively works to improve business practices for the betterment of the environment and society by consuming less energy, designing compact products that are free of harmful substances and easily recycle, as well as reducing product packaging materials.

If you enjoyed our Mio MiVue™ 538 Deluxe dashboard camera review, be sure to check out other cameras reviewed from the Mio family.