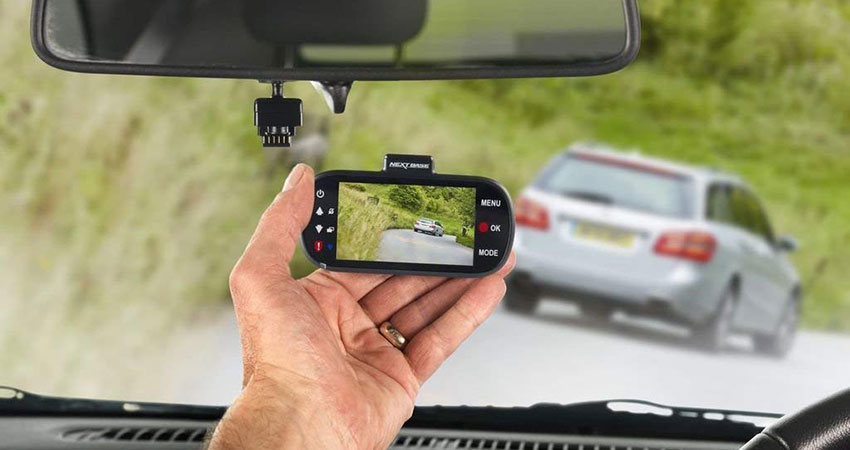 Anti-Glare Polarising Filter: The 512G Ultra is the first dash cam in the world to integrate an anti-glare polarising system with its lens. The filter reduces windscreen glare, for clearer images and definition, even in direct sunlight.

Integrated GPS: The built-in 10x GPS sensor rapidly locates drivers to let them know where they are on the road as well as their their actual driving speed. The GPS records coordinates and driver speed throughout each trip for convenient playback on Google Maps™. In the unfortunate event of an accident, drivers can notify the police and insurers with a full roster of vital information for reports and claims.

G-Force and Motion Sensor: When an incident occurs, the G-Force sensor automatically triggers File Protection Mode, recording footage from before, during and after an impact or collision in an overwrite protected file for later review and analysis. In addition to File Protection Mode, the sensor detects if drivers yawed, braked and the actual force of impact.

Parking Mode: Keep vehicles secured from theft and collision even when you’re not present. Parking Mode detects motion outside the vehicle and records activity while the car is parked.

Photo Mode: In the event of an accident, dismount the 512G Ultra, switch to Photo Mode and document damages at the scene as evidence for the police and insurers.

Auto Power On: Don’t worry about powering-up the Nextbase 512G Ultra before setting off on a trip. The camera employs Ignition Detection to automatically activate once the car starts, saving drivers an extra step.

Large LCD Display: At nearly 7 cm, the LCD screen is slightly larger than average dash cam screens available to the UK market. The screen offers crisp images when recorded footage is instantly played back and user ease while navigating through the menu and settings.

Lengthy Cable: The included 12 V car adapter power cable is four meters in length, allowing users plenty of cable to work with and conceal along a widescreen and passenger side when setting up the 512G Ultra.

***credit to PC Advisor channel for this video***

The Nextbase 512G Ultra dashboard camera is a higher-end, well-constructed dashboard camera, loaded with plenty of great features users are sure to appreciate. Video image quality is exceptional and what one would expect at this price point; however, there are lesser expensive models that could compete with it. Nextbase’s integration of the anti-glare filter makes the 512G Ultra stand apart from the competition, particularly when comparing footage recorded in bright, direct sunlight.

Users have complained that the camera can be quite painstaking to remove from its mount, which can cause problems for those frequently mounting and dismounting the device from vehicles. Additionally, we feel that the camera is a bit pricey to not include Wi-Fi capability or a memory card for straight-from-the-box use.

Overall, the Nextbase 512G Ultra dash cam is a user-friendly device with essential safety components and guaranteed reliable service for years to come, cementing its spot in our top UK dashboard cameras list. Moreover, one clear advantage of having a Nextbase dash cam over other brands is its acceptance by some UK insurance providers.

Remember to check out how you can receive a discount on car insurance premiums with the Nextbase 512G Ultra dashboard camera.

Released in mid-2015, the Nextbase 512G Ultra dashboard camera received the “Best Buy” award in its category from Which? Magazine in 2015, while also picking up the Auto Express “Best Buy” 2016 award. At the time of writing, the 512G Ultra ranked #10 in the car driving recorders section of Amazon UK.

If you enjoyed our Nextbase 512G Ultra review, be sure to view more nextbase models.