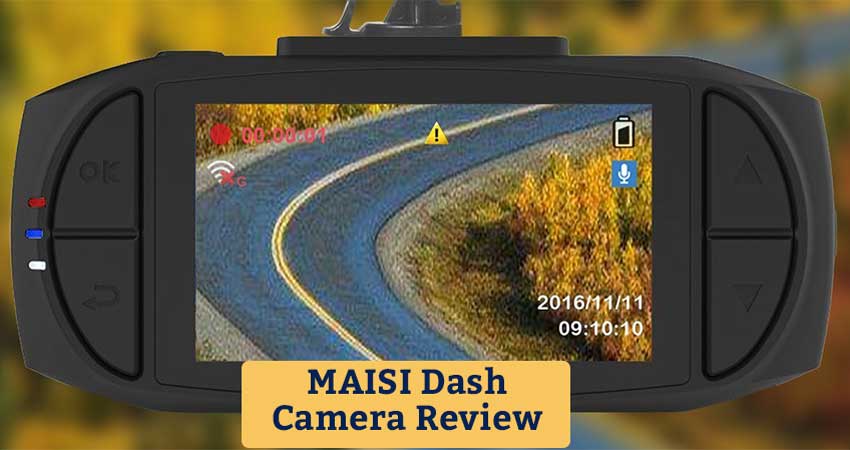 Full HD and Super HD Recording: The MAISI® dash camera E730 reins in the power of six premium glass lenses, a wide 150° viewing angle and allows for recording in resolutions up to 1296p at 30fps, or Super HD. Glass lenses perform far better than plastic components and when paired with Wide Dynamic Range technology, drivers are guaranteed crystal clear footage with fine detailing of license plates and road signs regardless of lighting levels or harsh weather conditions on the road. Integrated Night Vision keeps the camera working at optimal levels during low and nighttime driving. Drivers can choose between Super HD, Full HD or HD video recording quality.

Built-In G-Sensor: A must-have feature, the reliable G-sensor ensures footage from severe impact is recorded in an overwrite protected file. Events, such as a collision, trigger Emergency Recording. These files are saved and safeguarded from being overwritten until later review and analysis.

Photo Mode: Unique to the E730 dash camera is its digital zoom capability, up to 8x magnification. Photo image quality is better than most dash cams with 5 megapixels of resolution and battery life up to 30 minutes when not connected to a power source.

On/Off Audio-Recording: A feature with value yet to be determined is manual control of the camera’s audio recording capability. While the video is the best form of evidence for the police and insurers in the event of an accident, audio recording may serve drivers well as supplemental documentation. The on/off button allows drivers to manually control the camera’s audio.

***credit to Kuldip Bhele channel for this video***

The MAISI® E730 dashboard camera is a low budget dashboard camera, delivering quality video footage that is hard to beat. While most dash cams on the market record in Full HD, or 1080p, the E730 is capable of recording in Super HD, or 1296p at 30fps. The higher resolution provides vivid images, clear detailing, and overall impressive video playback.

Video resolution aside, there are a few points worth considering before investing in this dashcam. Most notably, MAISI’s® device lacks many commonly desired dash cam features, such as GPS, Wi-Fi and Parking Mode. Additionally, while the camera provides a built-in memory, users will have to purchase a microSD card separately for reliable use. Customers have also complained that the included manual was insufficient at best, offering little help to those needing to troubleshoot issues with the camera.

Overall, if you’re primary concern is video/picture quality at a value, the mse730’s streamlined, high-caliber camera excels in every way. In side-by-side testing with higher-end dash cams, the MAISI® Dash Camera E730 consistently delivered video resolution on-par with, or better than the competition. Solid performance and high customer ratings for the mse730 on Amazon UK have garnered it a place among our Best UK Dashboard Camera List.

Founded in 2004, Ambarella, Inc. specializes in low-power/high-definition video and image-processing devices—from surveillance to aerial cams, to wearable technology. The brand’s IP-security cameras comprise 45% of their business. Ambarella technology and innovation is employed and integrated in many products, including the globally popular GoPro cameras and Google video.

If you enjoyed our MAISI® Dash Camera Review E730, be sure to check out our other camera reviews.